Shellfish such as mussels and oysters often have a larval stage in the plankton, especially marine species. Eggs are fertilised in the water or in the mother. A larva emerges from an egg, at first only a tiny blob with vibrating hairs. Soon the larva develops two shell halves, and is called a veliger. The larvae swim with a ring of tiny hairs (cilia) called a velum. After a few weeks to months in the plankton, the larva looks for a place to settle on the bottom.

The occurrence of shellfish larvae is highly seasonal, each species has its own spawning period. Shellfish larvae of different species are difficult to distinguish by appearance. 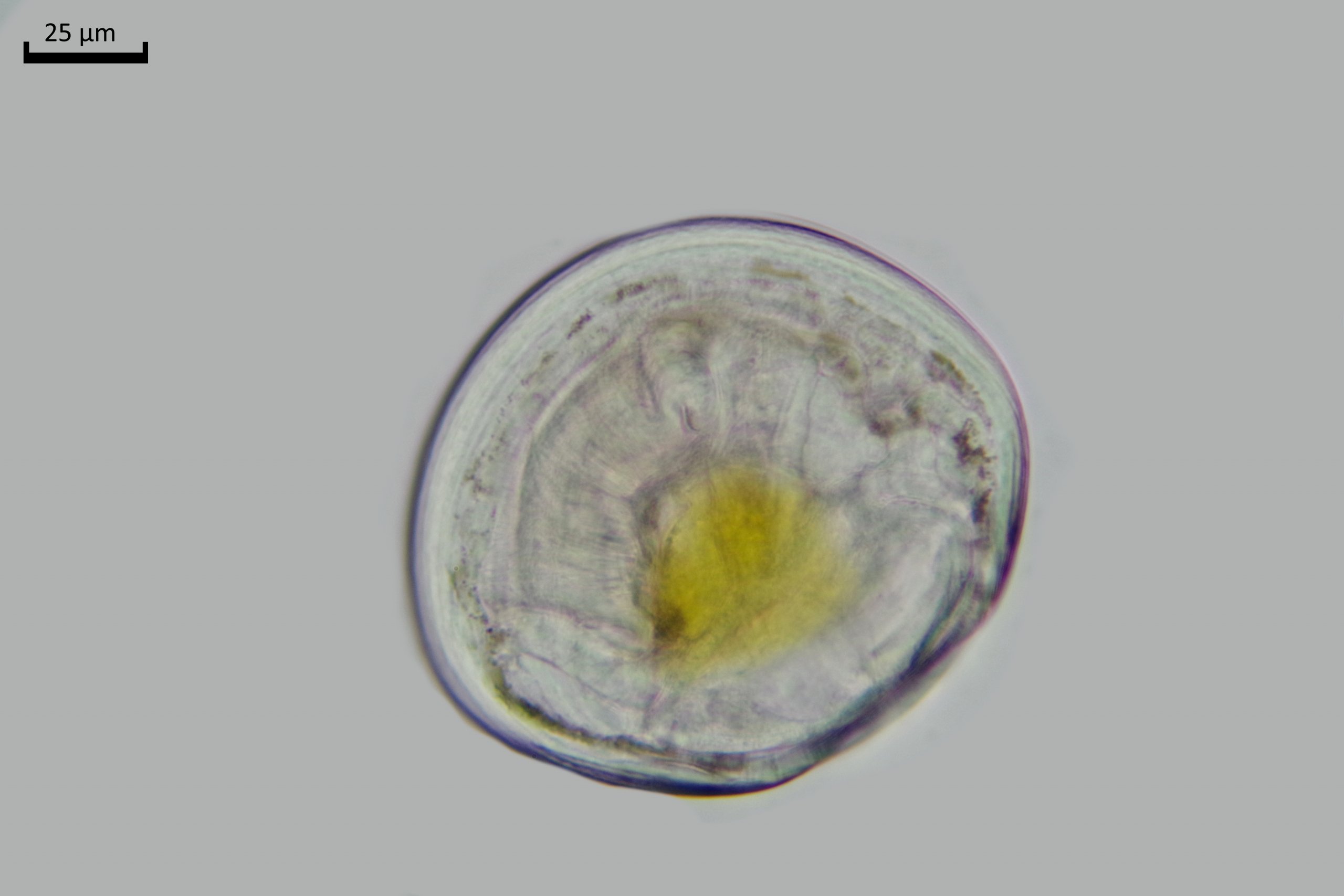