A female and male rotifer (Synchaeta sp.) from Lake Grevelingen. The male is much smaller.

Rotifers are a separate phylum of the animal kingdom. Some rotifers live attached to a substrate, but many species are free-swimming. They derive their name from lobes with vibrating hairs on their heads called corona, which they use for swimming and filtering. When the cilia are active, they appear to rotate like a wheel, hence the name.

Female rotifers are generally a lot bigger and more developed than the males. Rofiters can be found almost literally everywhere; in the sea, in ponds or puddles, but even on the thin layer of water that remains on damp moss. In order to survive in places that sometimes dry out completely, some rotifers can undergo cryptobiosis, a condition in which they can survive very long droughts and extreme temperatures.

Rotifers can eat all sorts of things depending on the species, such as  algae, bacteria, and detritus, but some are predators of protozoa or other rotifers. Rotifers have a system of “jaws” called mastax, the shape of which is often used for identification. 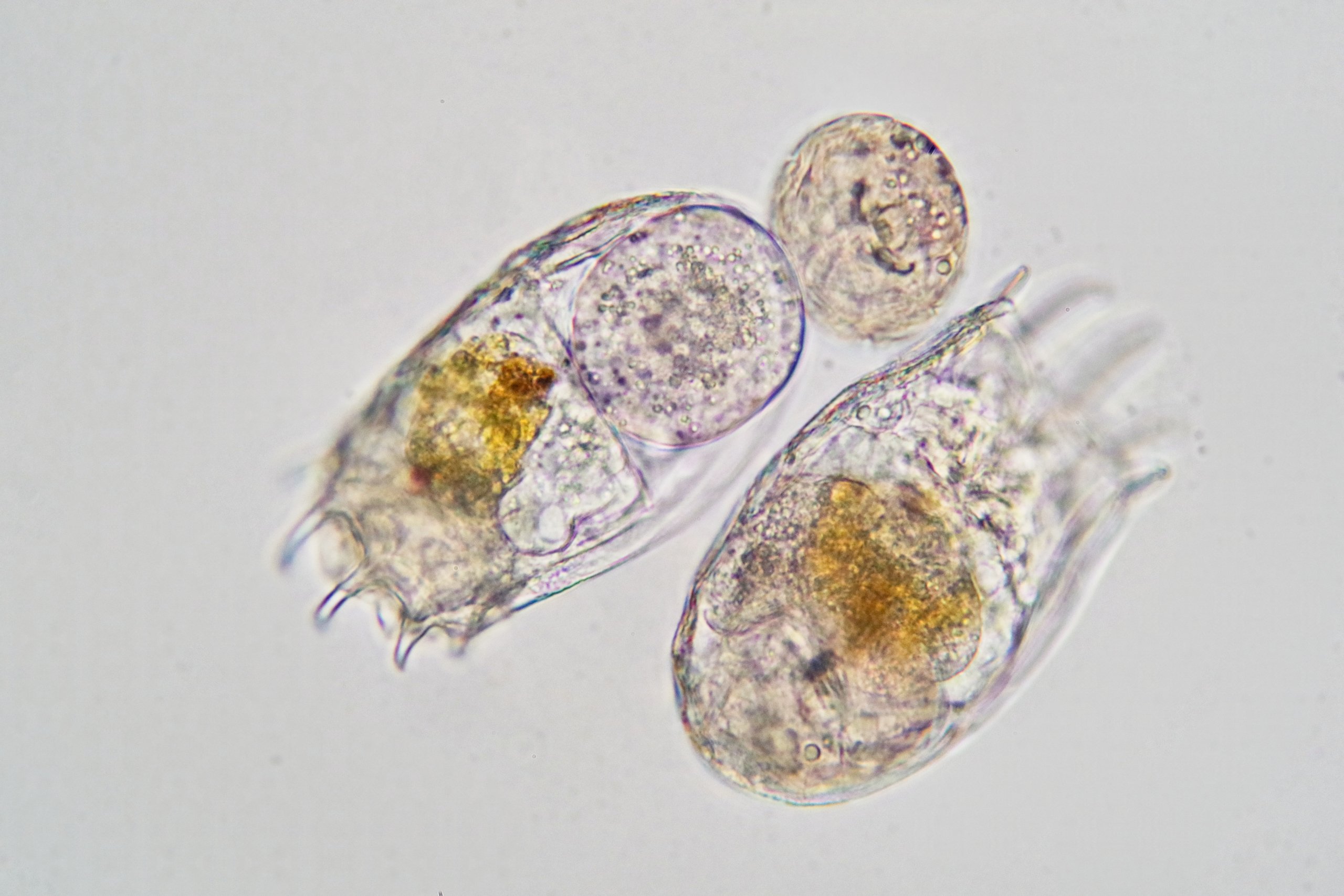 The rotifer Keratella cruciformis from the brackish IJ in Amsterdam.

A female rotifer (Synchaeta sp.) from the marine Lake Grevelingen.

The rotifer Keratella cruciformis from the brackish IJ in Amsterdam.

A rotifer from the fresh water, found in a pond in Wageningen.