A horseshoe worm larva caught in the North Sea.

Horseshoe worms are a small, obscure phylum of the animal kingdom. The larvae of horseshoe worms are called Actinotrocha and are one of the most unusual animals in the plankton. Because of their distinct appearance, the larvae used to be considered as separate species. The front of the body consists of a large lobe with the mouth underneath (see the video). On the middle of the body, the collar, are the larval tentacles with vibrating hairs on top of them to move around and collect food. The back of the body contains the digestive system and all the way at the rear there is a ring of vibrating hairs for locomotion. Wonderful to see!

As an adult, horseshoe worms live attached to- or in the ground, where they form a tube of chitin from which they filter particles from the water. 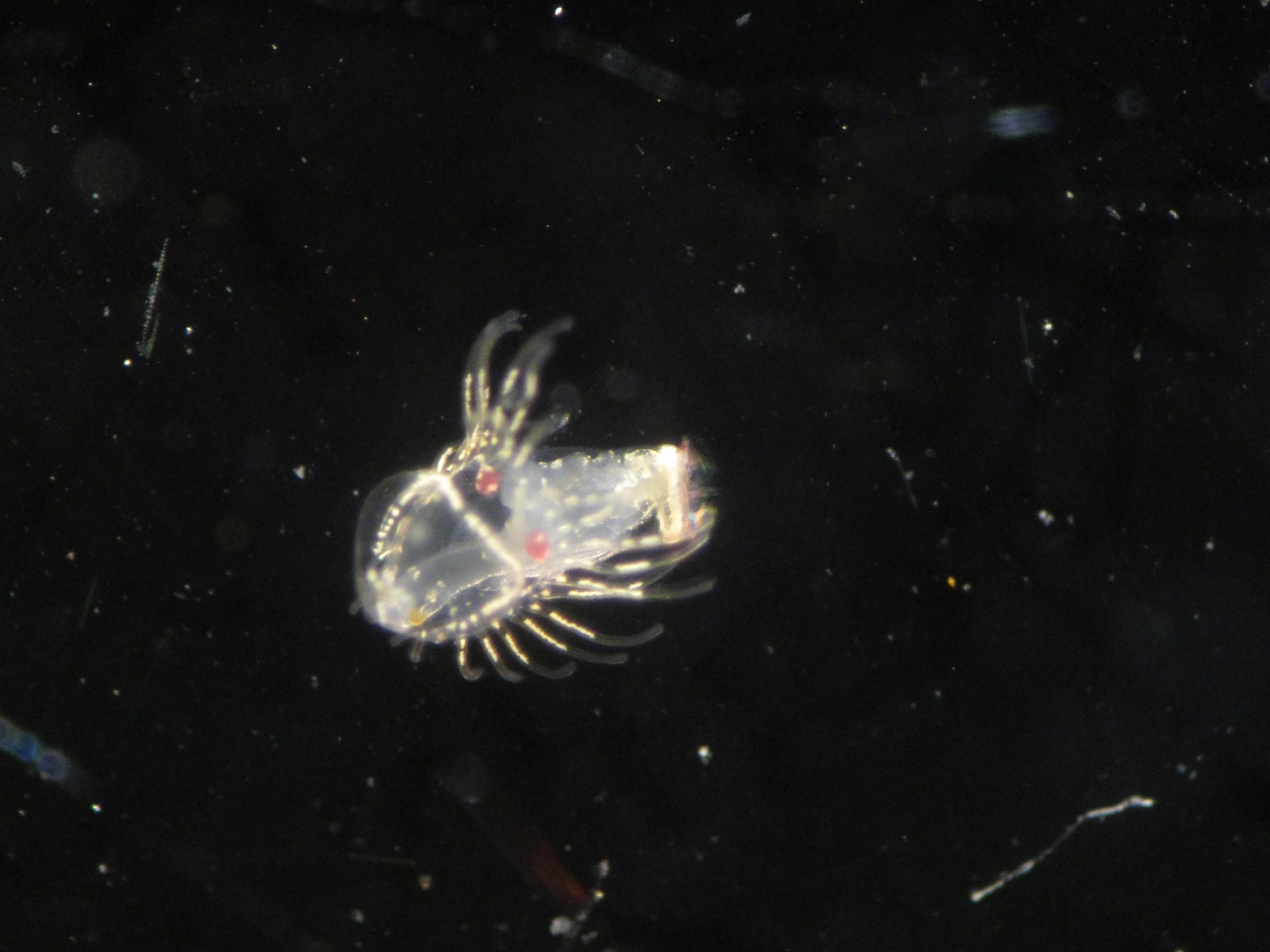 A horseshoe worm larva caught in the North Sea.