In the plankton you can find larvae of bottom dwelling snails, but also snails that live in the water their whole lives.

Many bottom dwelling snail species have a larval stage in the plankton. The eggs are often laid in egg capsules, but from the egg capsules comes a small larva that lives in the water. Snail larvae usually quickly develop a small shell. Larvae of nudibranchs have a small shell as well, see video on this page.

Snail larvae swim with lobes with vibrating hairs on them, which in some species can spread out very far. Some snail larvae don’t eat in the plankton and settle on the bottom after just a few days. Other species have larvae that filter plankton out of the water and stay in the water for up to a year, allowing them to spread over long distances.

Larvae of the netted dog whelk Tritia reticulata, still in the egg capsule.

Larvae of the nudibranch Tergipes tergipes, first in the egg capsules, later also free-swimming. Here they still have a shell, which later disappears.

There are also many species of snails that spend their entire lives in the water, such as the sea butterflies, which are called Pteropods. Few species of sea butterflies are found in the North Sea. There are sea butterflies with a snail shell (Thecosomata) that can be spiral shaped like the genus Limacina, but also species with a snail shell that is no longer spiral shaped, like the genera Cavolina and Clio. Most species are filterfeeders, and many make a web of mucus to catch particles.

Furthermore there are snails without a snail shell (sea slugs) called sea angels or Gymnosomata. These are often a lot bigger, and they are mostly predators that eat other pteropods. 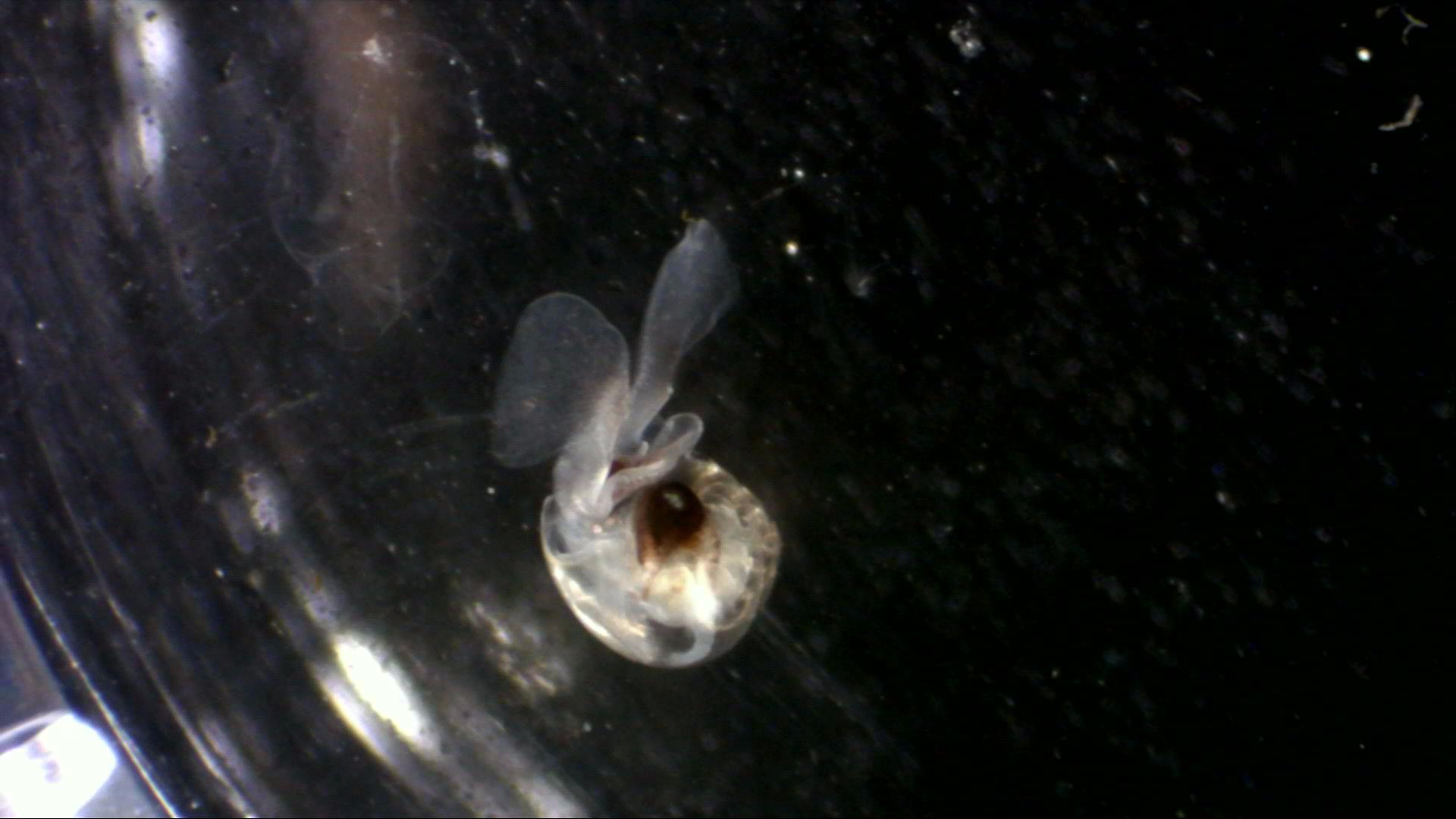