Most echinoderms such as starfish, brittle stars and sea urchins have a larval stage in the plankton. These larvae often look very special. The larvae swim with vibrating hairs along their body, often helped by many long protrusions so that they sink less quickly. Usually the larvae eat plankton.

Different groups of echinoderms can have different types of larvae. Sea urchins, sand dollars and brittle stars have pluteus larvae with usually eight arms supported by long fragile skeletal needles. Starfish can have different types of larvae. Bipinnaria larvae have a number of lobes and arms and no skeletal needles. In most species the bipinnaria larva turns into a brachiolaria larva with arms and a kind of suction disc to attach to the bottom. In some species such as Luidia, the brachiolaria larvae can live in the plankton for months, moving over long distances. The eventual starfish develops on the larva and continues to live on the bottom. The rest of the larva can then remain floating in the plankton for weeks.

Sea cucumbers have a larval stage in the plankton, first called auricularia (with a lot of imagination it looks like an ear), which turns into a barrel-shaped larva called doliolaria. This turns into a mini sea cucumber, the pentacula, which continues to live on the bottom. 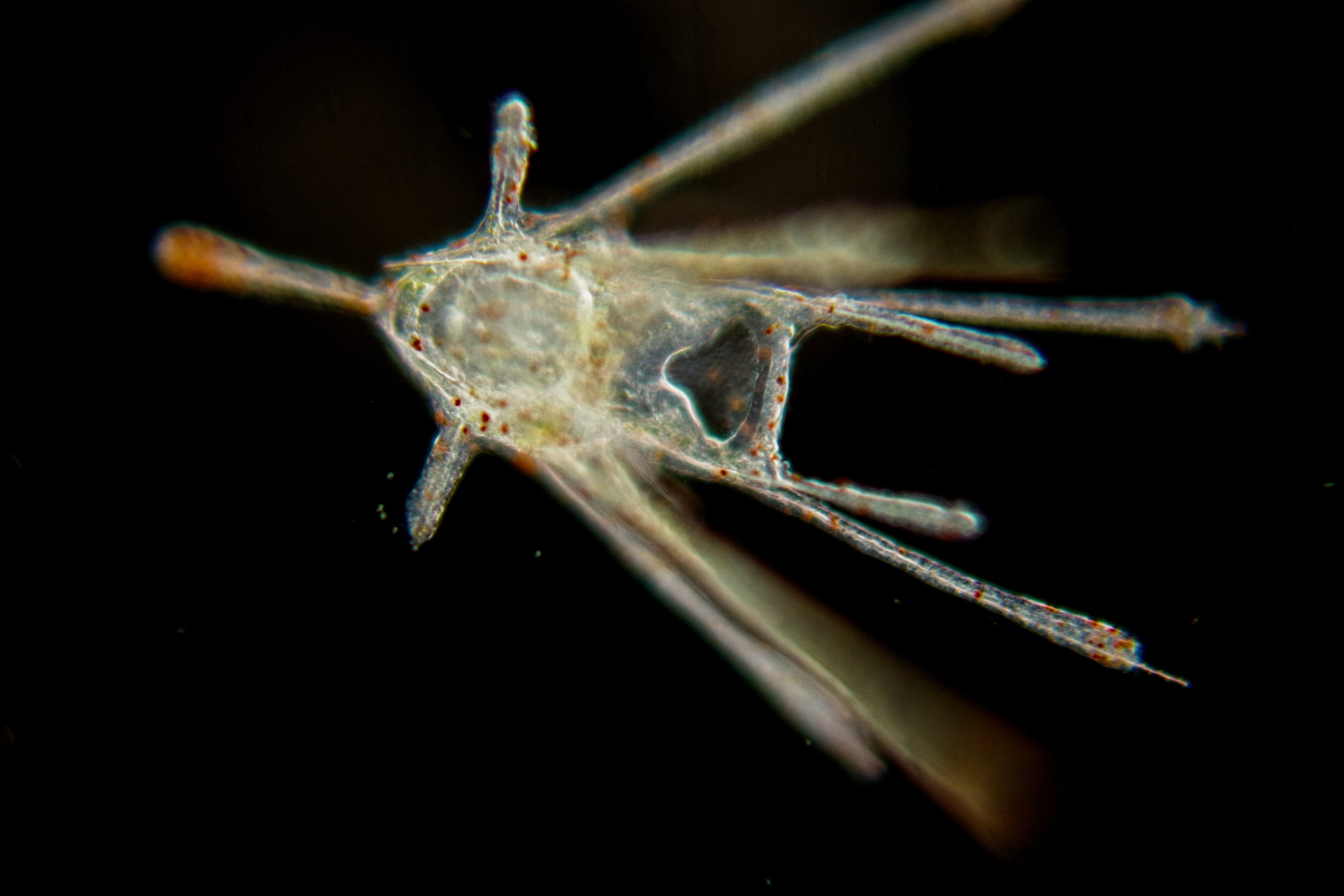 Echinopluteus larvae, likely of the sand dollar Echinocardium cordatum, from the Wadden Sea.

A branchiolaria of the starfish Luidia sarsi, caught in the North Sea. These larvae can grow very large, a few centimetres! They can live for months in the plankton and travel great distances. On the larva you can already see a small starfish.