Bristle worms occur in many types of water. Some examples of bristle worms are lugworms, ragworms and bloodworms,  Many bristle worms that live in the sea have a larval stage that lives in the plankton for a few weeks. They derive their name from the bristles that most species have, even in the larval stage.

Bristle worm larvae in the earliest stage, the trochophore, look like a ball around 0.1 mm in size with a ring of vibrating hairs. Soon the larva gets the typical segmentation of bristle worms and the first bristles, as can be seen on the pictures on this page. Eventually the larva develops more and more segments, parapodia (a kind of feet) and a head with eyes, jaws and feelers, and settles on the bottom. Tubeworms such as the sand mason worm often develop a small tube already in the free-swimming larval stage.

Different bristle worm species can have many different ways of reproduction. Special is the so called epitoke stage that some species have. An epitoke is a free-swimming reproductive stage of a bottom dwelling worm. The bizarre thing is that some species of worms can split up into several separate epitoke worms. The epitokes are actually nothing more than a swimming bag full of eggs or sperm with two big eyes. Below images of an epitake of Myrianida, in which the eggs are clearly visible.

The occurrence of worm larvae in the water is highly seasonal. The worms of one species all reproduce around the same time. In spring, when there is a lot of food in the water, most of the zooplankton in the Wadden Sea can consist of worm larvae.

A trochophore, the first larval stage of bristleworms, from Noordzeekanaal, Netherlands. 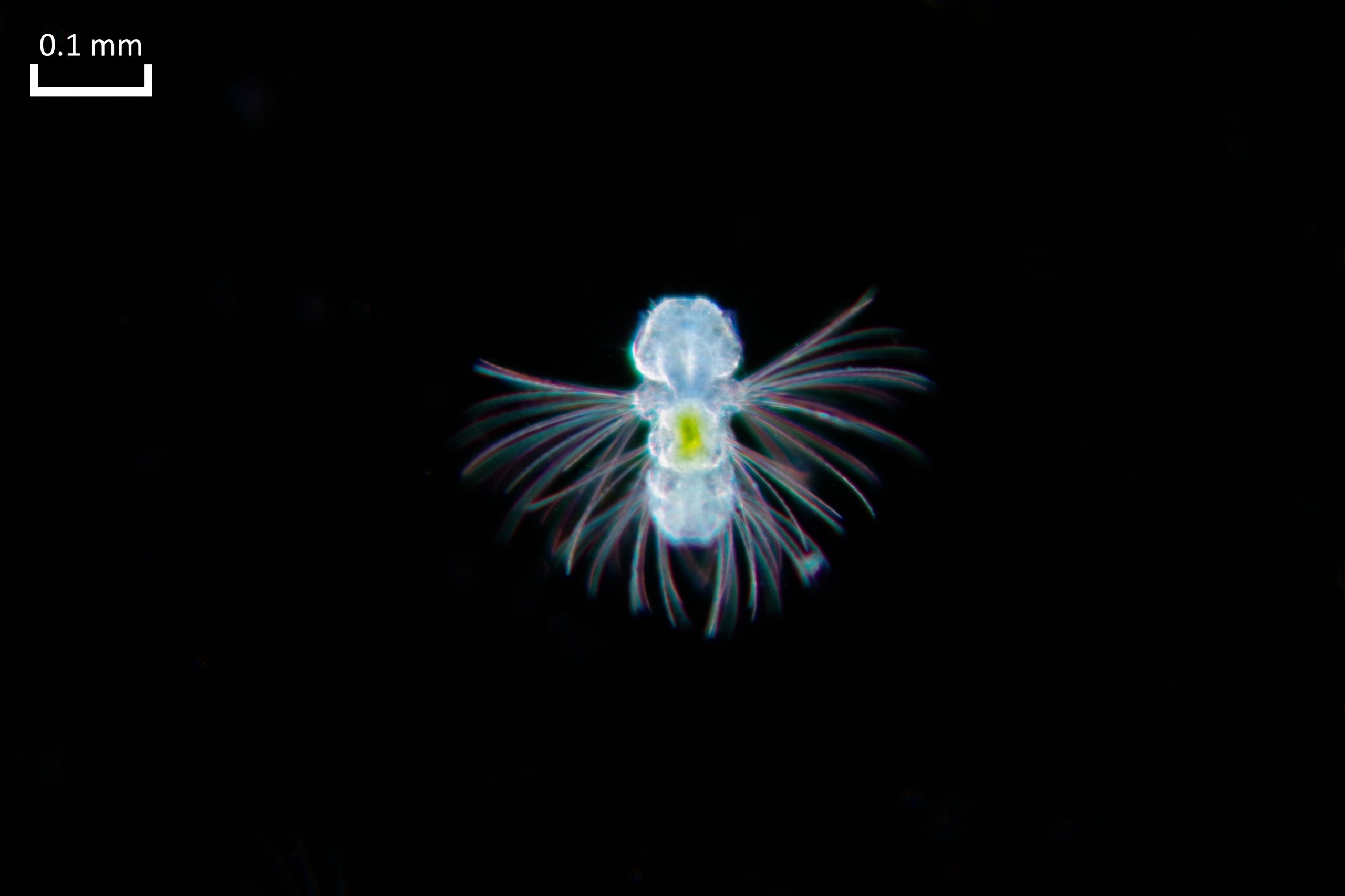 A metatrochophore larva of a bristle worm from Westerschelde, Netherlands. 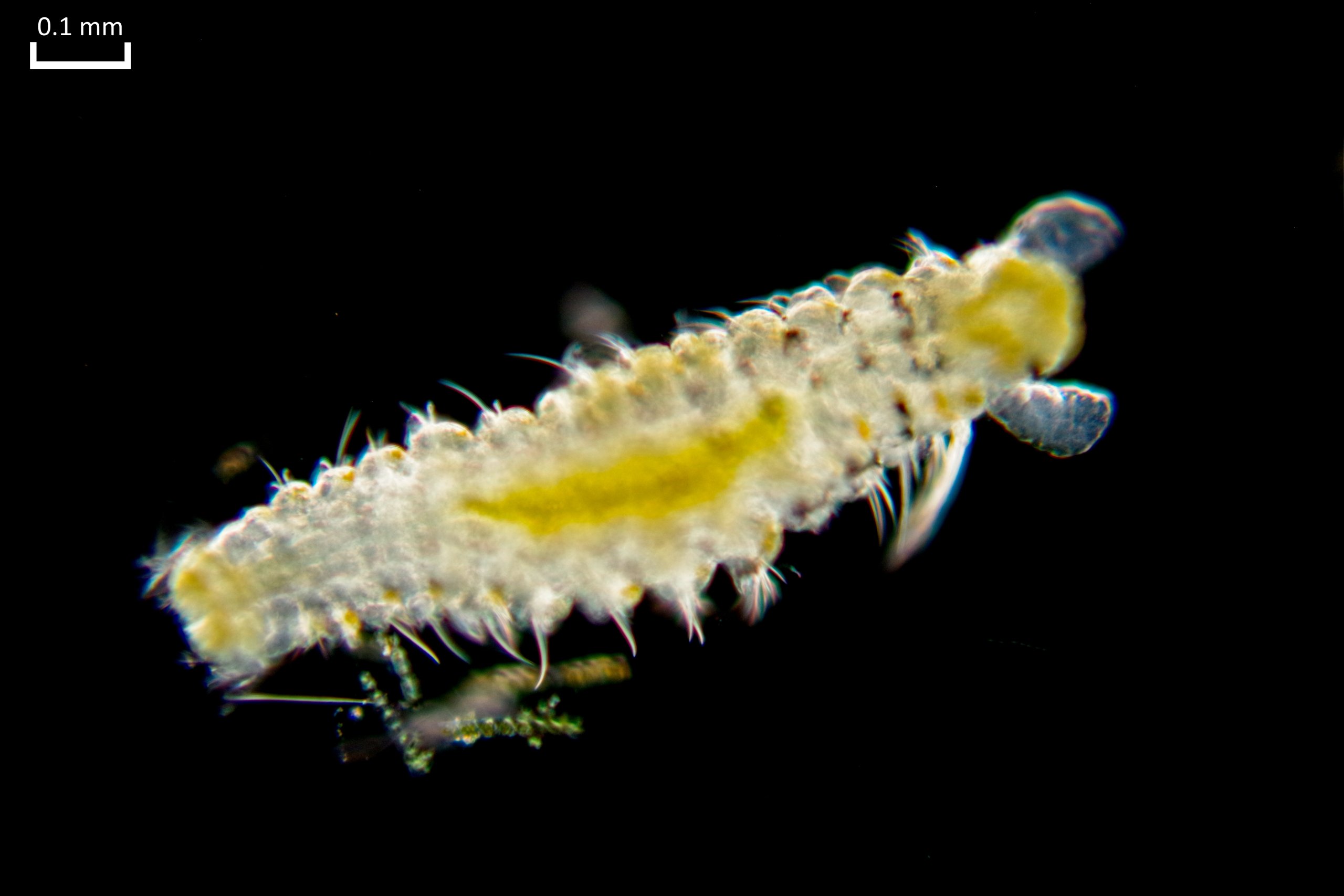 A bristle worm larvae almost ready to settle on the seafloor. Probably a Polydora species, from Westerschelde, Netherlands.

A tubeworm larva caught in the North Sea, still floating but already with a developed tube.