Barnacles are usually attached to a stone or a shell. A barnacle is actually a kind of lobster that lies on its back and filters plankton out of the water with filtering legs, protected by a set of solid calcified plates. The larvae of barnacles live in the plankton for a few weeks, where they eat other plankton and moult six times. The first stages the larva is called a nauplius, and resembles the larvae of copepods. However, the barnacle larvae have striking cones and a characteristic “rowing” way of swimming. After the last molt, the larva looks very different as a kind of crescent, a so-called cyprid larva. This larva doesn’t eat anymore, but looks for a hard surface to settle on, glues itself there and grows into a barnacle.

When evaluating a possible spot to settle, cyprid larvae touch the substrate with their antennae. They can also smell odours excreted by other barnacles and prefer to settle near other barnacles. This is clever because the chances of finding a favourable spot are greater, but also for reproduction: barnacles are stuck, and to be able to fertilise each other they have evolved the longest penis of the animal kingdom (relative to the body).

There are identification keys for barnacle larvae, but it is difficult to identify them down to the species level. Some barnacles live as parasites in, for example, crabs. These barnacles also have a free swimming nauplius larval stage. 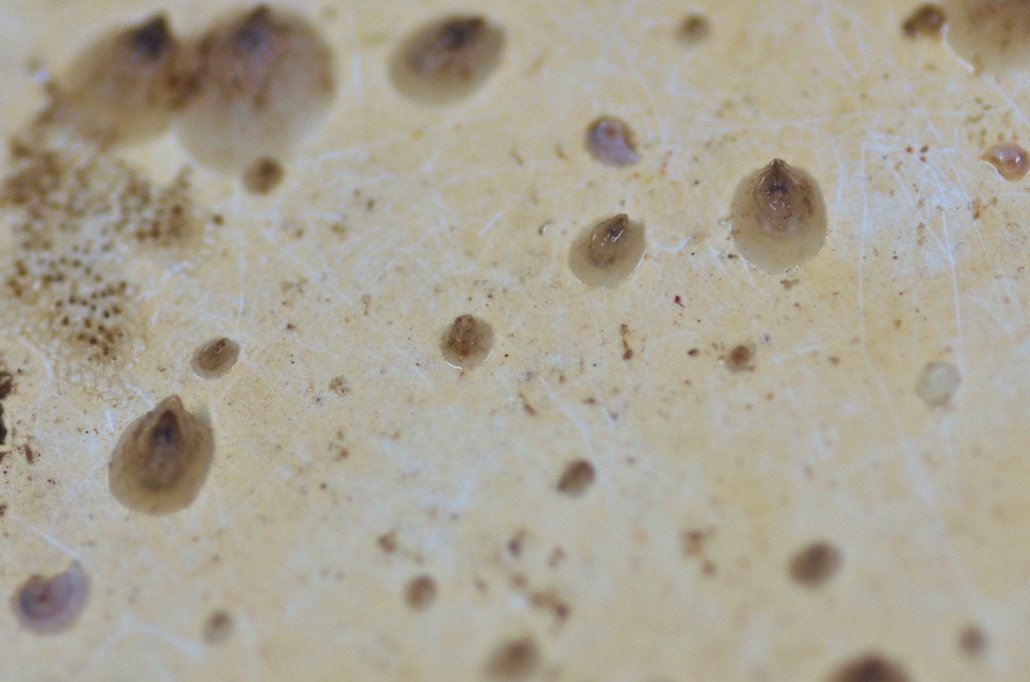 Recently established barnacles on coated steel in the Wadden Sea. 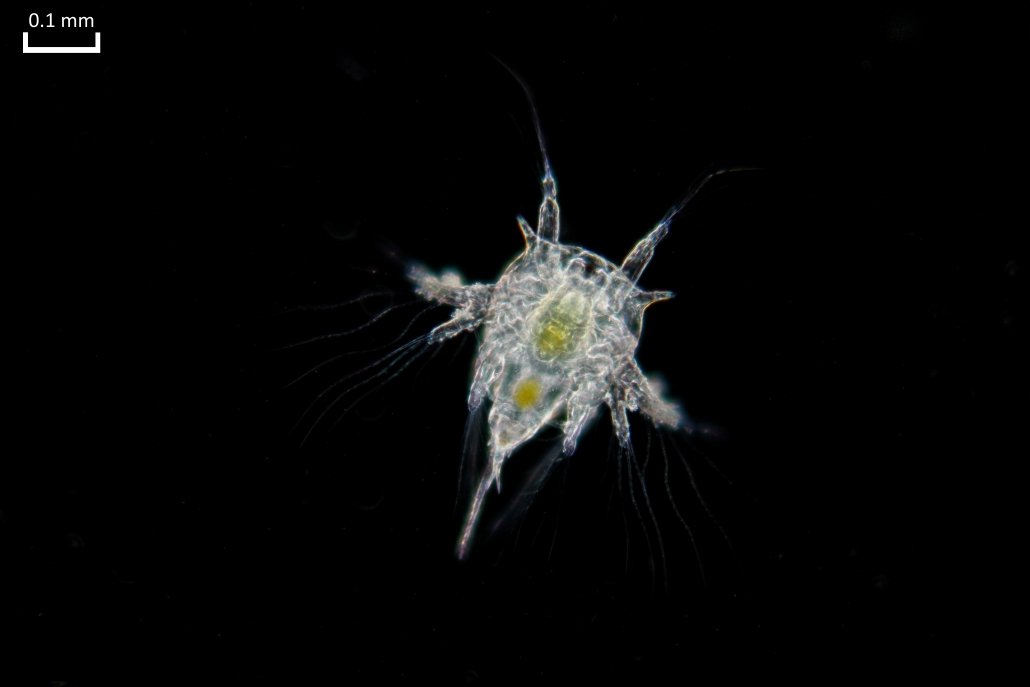 A barnacle nauplius larva from the Western Scheldt.

A barnacle cypris larva from the North Sea. With special antennae the larva scans surfaces to see if they are suitable to settle.